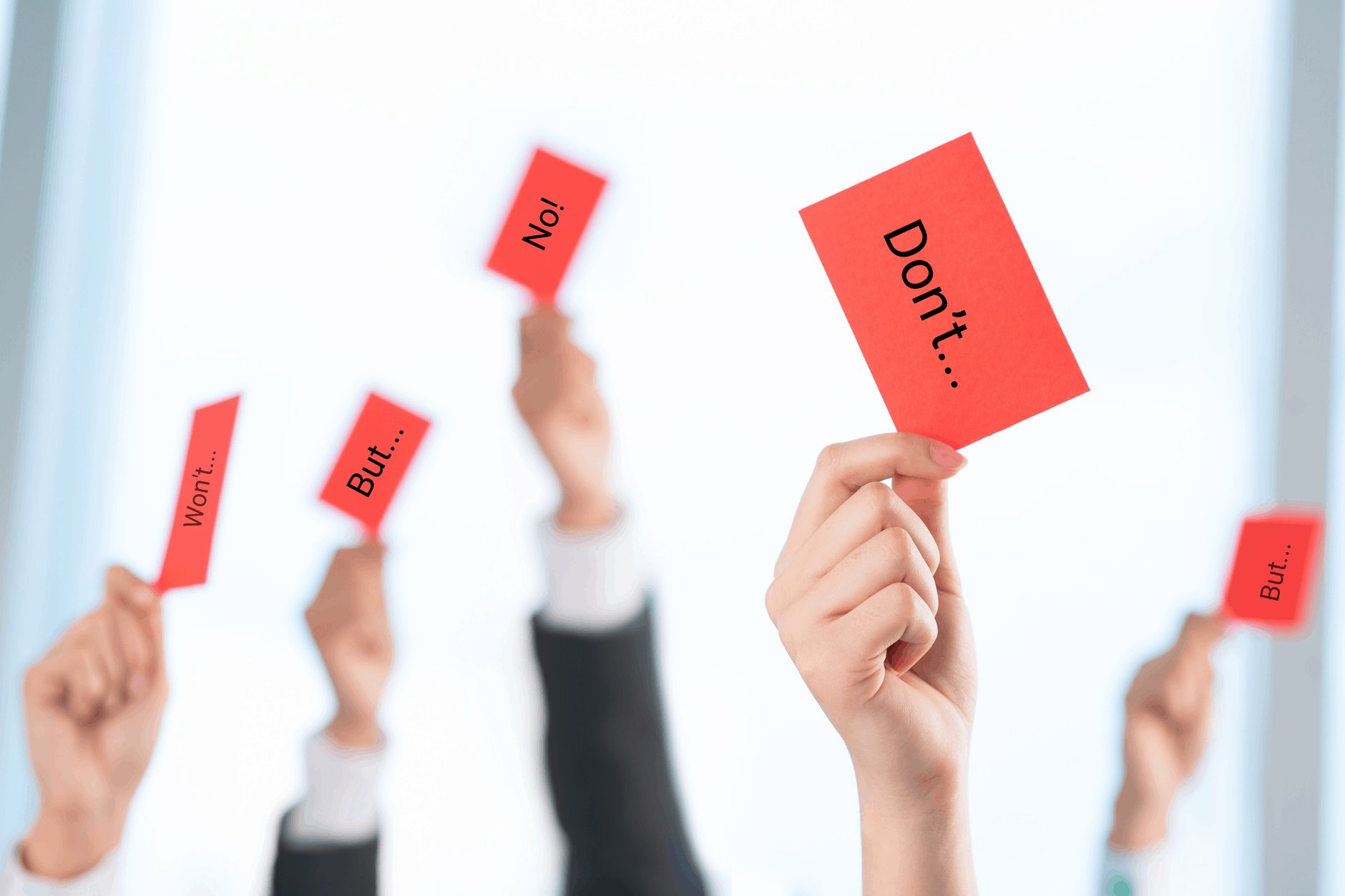 The 5 ‘Human Nature’ Objections to Change

I once wrote a list of all the objections to change I had whilst leading a particular transformational program. The resistance to change was strong. Our mission was to overcome it and transform the company’s operations to be more flexible and lean. I made that list in a team with two of my colleagues. We were exhausted from the continuous objections coming from all levels. We wanted to understand the root causes, find solutions and hopefully move forward. There was a severe threat from the board of directors to stop the program if the situation was not resolved.
So we listed all the ‘but’s and don’ts’ we had to listen to and came up with a very, very long list – practically unmanageable. We decided then to group the objections into categories and narrow down the scope. Our ultimate goal was to find ‘practical’ solutions to resistance – like tools and methods – as we did not have the time or resources to invest in group coaching, team building or feedback sessions.
After thorough brainstorming, we came up with 5 leading root causes for resistance to change. While they were not a breakthrough discovery, and most define them as natural ‘human nature’ objections to change, knowing them helped us find the solutions we needed.

In this change journey, most of the employees saw their own future benefit of the transformational program as not a sufficient reward for the considerable effort they had to put in the present time. They understood the purpose, but they thought it was not worth the effort, and they were simply not interested in doing the work or adapting to new ways of working. Present bias can be a very strong resistance to change.
So, how do you change that? How do you convince sceptical and uncommitting individuals to overcome their present bias, change their ways of operating and potentially assume more workload in the transition process to a better future which they doubt? We chose two strategies: give no option and reward effort.
No option
Not giving an option translated into implementing Poka-yokes in processes. Poka-yoke is a Japanese term that means “mistake-proofing”; it is any mechanism in place that helps avoid mistakes and defects by preventing human errors. It also forces you to work in a standard and correct way. For example, we substituted emails sent to the customer service department with electronic queue management systems with FIFO order. We standardised kanban systems for interdepartmental problem solving (especially with the IT teams). After that, we eliminated email boxes altogether. We left no option but to use the new well-structured way.

Reward effort
We rewarded effort by giving free time, extra hours for holidays. Every time an employee took part in a project and achieved a set of goals, she/he was offered a free time bonus that could be redeemed almost immediately. To avoid massive absence and decrease in an operational capacity, we had to conduct a robust planning and scheduling process with the HR and Financial departments. But it worked to the surprise of many.

We are all familiar and victims of procrastination, aren’t we? Who hasn’t postponed a project, an exercise, a trip, a tedious activity at some point? It’s only human:-) The thing about procrastination is that it frequently occurs when we are unaware of the time elapsing significance. As was the case in this company. Employees were not fully grasping the importance of ‘time to act now’; most thought there was plenty of time left to work in the future.
So, how do you tackle this? We had an overall deadline by when the transformation should be completed, but we realised that we didn’t have milestones along the way to guide teams to complete specific actions. So, we set up a non-negotiable milestones timeline to tackle procrastination. We went further and created a ‘visual office’ displaying panels with the milestones and the roadmap all over the social spaces of the company. We even put countdown clocks in some areas where we felt a bit more timeline awareness would bring positive results.
The visual display of milestones and deadlines worked amazingly well because of the peer pressure. No one wanted to see their delays displayed or be the cause for other teams’ delays.

In this program, we had sprints and meetings that were compulsory, and most of the employees showed up. However, we saw empty meeting rooms and virtual spaces for the non-compulsory but still essential activities for the progress. We had to turn that absenteeism into an engagement.
Surprisingly we discovered that people were not showing up not because they disliked or boycotted the non-compulsory activities but because they had forgotten about them. That was a piece of good news for us. And the reason behind their forgetfulness was the absence of an alert. So, we (the transformation team) took over the invitation mailing. We installed 3 warnings at timings we thought were memorable:
However, alerts are not a guarantee people will show up. We needed something else to make these invites successful. We required a sponsor. So, we asked the most committed middle and top management to attend these meetings and made their confirmations visible to everyone. All 3 alarms had cheerful designs and were displaying the confirmed attendance.
The result was exceptional: as the management always confirmed participation and accompanied the meetings, they set a trend that ensured their teams’ participation. Attendance to non-compulsory meetings surged twofold.

Confidence is the belief that you can achieve something. When you make changes in business or life, your confidence level basically depends on two factors: your previous experience and your openness to risk—the more fear of loss, the less chance we take.
In our change journey in transforming the company’s culture, employees were inducted into taking significant risks by their standards. Most of them had been with the company for 12+ years and had worked with the same processes, procedures and rules forever. Most could not imagine a different way of doing things, and the few who had ideas how to improve felt way too insecure about executing them. So, we were faced with a crowd lacking the confidence to make changes, fearful of taking the initiative, and apprehensive about any advice.
I have been a consultant all my professional life, and I love making changes that matter, but I avoid giving advice without being asked for. I would rather wait for the right moment. My colleagues felt likewise. The truth is, nobody likes to be lectured, and sometimes imposed advice can be demoralising, especially in situations with a lot of resistance to change.
We chose two minimally invasive strategies to build up people’s confidence: training and asking for advice instead of giving it.
Training
Our goal was to train as many employees as possible in Lean and Agile principles, thus giving them the necessary knowledge to increase their confidence. We wanted to carry out such activity ourselves, but as we were only 4 and facing a workforce of almost 2000, we ‘trained the trainer’ instead. We created the ‘change agent champion’ figure, who became the internal change drivers in the organisation.

Asking for advice
However, there were still people reluctant to change their ways or even participate in the teamwork. So, instead of telling them what to do, the change agents asked them what they would recommend given the situation? How would they do a specific job or activity more efficiently, and what advice would they give to their colleagues?
We got some pretty extreme suggestions like shut down the company or change the head of HR or even file for bankruptcy. But we also got some positive responses. And those were awesome, like improving processes with automation, creating a centralised data repository, changing the appraisal system, and improving the supplier selection process. People felt part of something by being asked their opinion—the sense of belonging and confidence to change surged. Many of the ‘stoppers’ were won onboard, and we started seeing more projects closure and even more new ideas and initiatives on how to further improve.

Conformity is about accepting standards, procedures, rules and not questioning. It is about maintaining the status quo, and we, the change managers, often hear: ‘Why change something if it works?’ I used to get all the facts to convince my stakeholders why it did NOT work in reality. Experience taught me to do otherwise.
Conformity is the most silent but the strongest source of resistance to change. It comes from prolonged exposure to something and accepting it, and in our program, we tried to specifically identify what that was. One of the reasons was the fact that there was almost zero internal (or external) rotation. Moreover, as the company had not changed or optimised processes for many years, many employees had created complex procedures around inflexible and way too structured outdated software. They coped with a lack of data and improvised ways to deal with angry customers. All these ‘homemade’ standards and rules were treasured, and substituting them with more modern and efficient working methods was considered ‘out of place’.
Silo-mentality
Furthermore, we discovered that people from one department were unaware of what another department was doing. They were all immersed in their silos – cross-functional work was unexisting.
So, we had a hard one to crack: how do you break such conformity with an inefficient status quo? And how do you achieve that in a fast and efficient way without taking months or years of training, coaching and culture enhancement? There was an urgent need for drastic change to end the functional silos, eliminate micromanagement and deploy responsibilities.
We designed matrix-structured divisions by creating end-to-end processes and operational KPI’s. To cope with the challenge, we selected two departments to restructure as a pilot project. It meant re-designing flows, putting in place new procedures, governance models and measure KPI’s. The teams that worked on this project were composed of the most committed and knowledgeable employees. The change agents were in charge to promote the transformation and address the resistance to change with our help.
The result was a total and positive pivot of the way of working. KPI’s such as CSAT, time to market, reduction in absenteeism, throughput and lead time started increasing slowly but steadily. People began working in teams and sharing the same goals.

In my opinion, the biggest takeaways from this experience about overcoming resistance in a transformational journey are two:

First, resistance to change is natural and expected, and if we want to address it efficiently, we have to understand its root causes. Even if it means writing long, tedious lists like we had to do. The 5 Why technique (asking ‘why’ 5 times to get to the root cause) helps determine the invisible and ultimate ‘why’ we say NO to a change. Only then we will know how to approach it.

Second, resistance to change can be addressed and diminished by using practical and market-proven tools. By applying Lean Manufacturing or Agile Product Development know-how and adapting the standard tools and methods to specific circumstances, we can make the transformation journey more manageable and the results more tangible. The bottom line is to achieve the company’s strategic goals in a timely and efficient way.

Learn the best practices and tricks to manage change in business.

Sign up with to receive FREE articles, videos and ‘how-to’ guides. 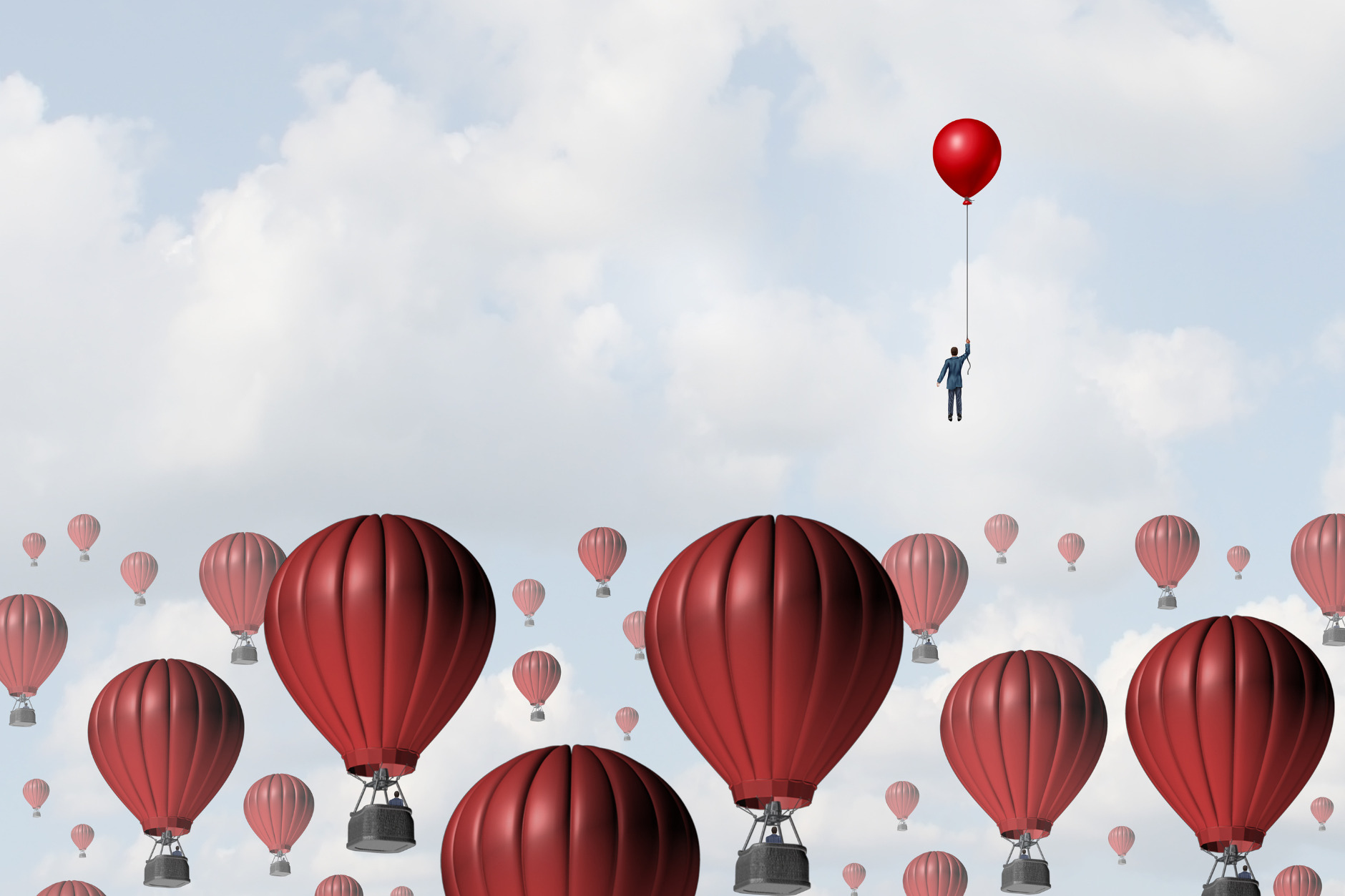 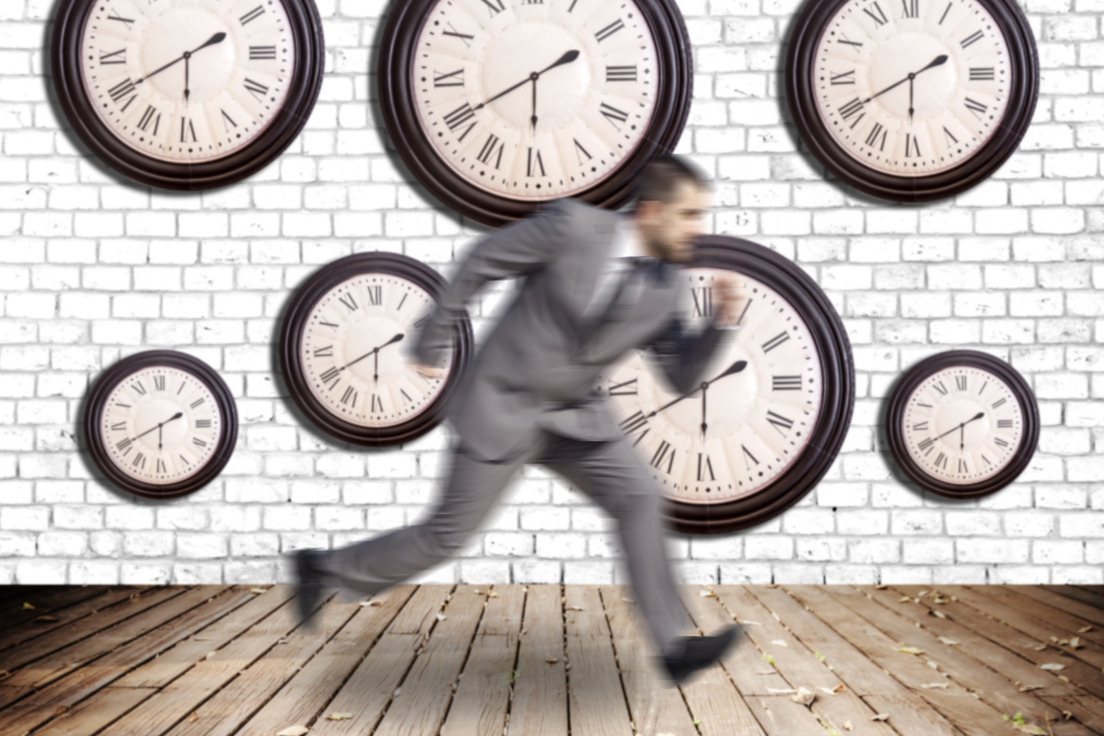 Are you falling into the urgency trap?

We all fall into the ‘Urgency trap’. Especially around the time of the year when we want to close deals 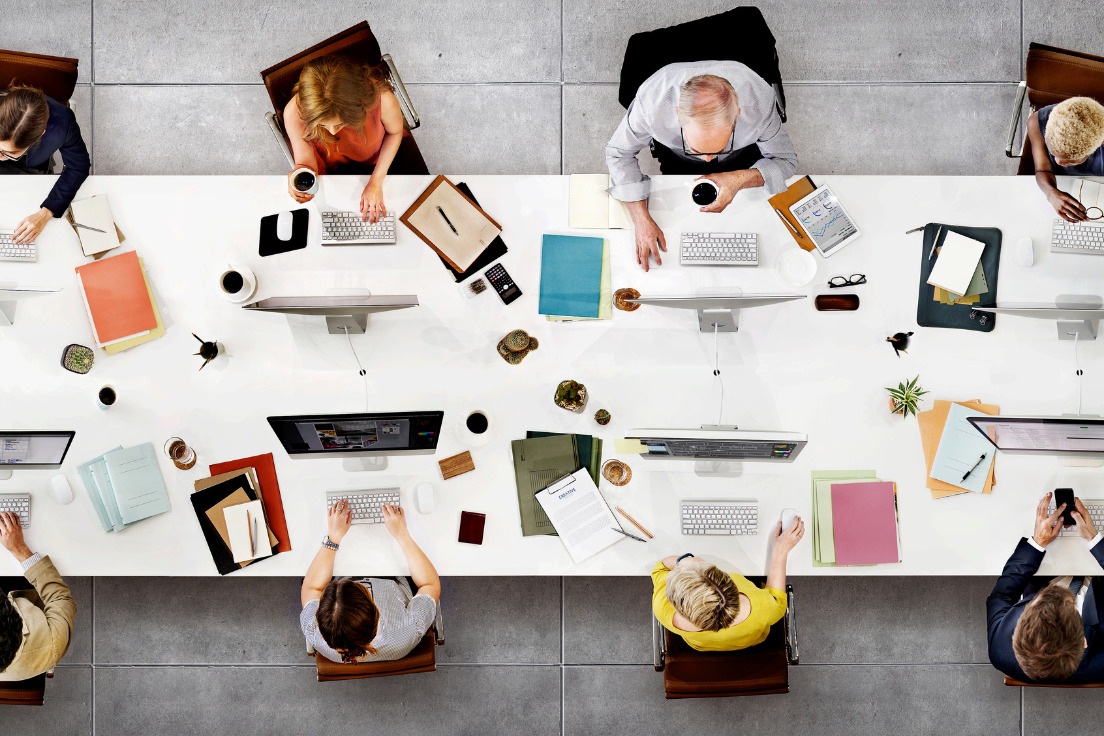 Stop overanalysing with complex tools; use pen and paper instead. And especially… work in a team. A few weeks ago,